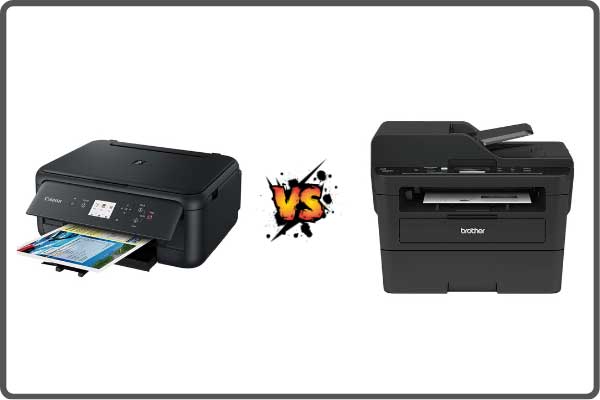 To promote eco-friendliness, we as a community in the workspace digitalized documentation and verification. The idea is to use as little paper as possible to reduce waste. Similarly, the usefulness of a printer is today lower than it has ever been and will continue to fall.

So, if you're seeking to buy a printer for personal use, it's probable you won't use it as often. This presents several questions, such as what price you should seek and is a laser or inkjet printer is better for infrequent use.

We believe that this article will assist you in determining which attributes or characteristics best fit you. Furthermore, we will highlight the printing cost and discuss the challenges you may have with occasional usage.

So, without further ado, let us begin!

Let’s take a look at their specialties and then you can judge yourself which one you should go for.  But there are much more things to know about printers before you can find your type of printer for occasional use.

Let's start with their price point for the inkjet vs laser printer debate. When we go to a store to buy a printer, the first thing we think about is the price. However, there are two sorts of costs: upfront costs and hidden costs. 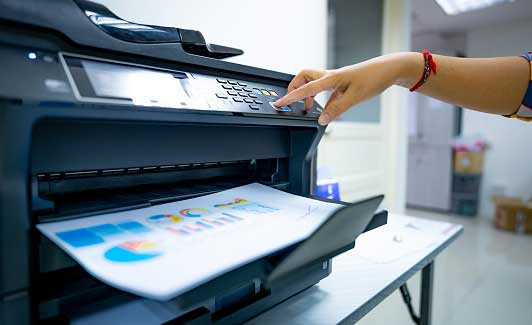 Nevertheless, because we're talking about printers that we don't use very often, an inkjet printer is a good choice because you won't be using it very often, so paying the extra money on a laser printer isn't worth it.

When it comes to printing, an inkjet printer is a way to go if you want a printer that is good at producing images or graphics. Its print quality is superior to that of a color laser printer in terms of crispness and clarity. Moreover, an inkjet printer will give you the same crispiness even when you use it after a month. 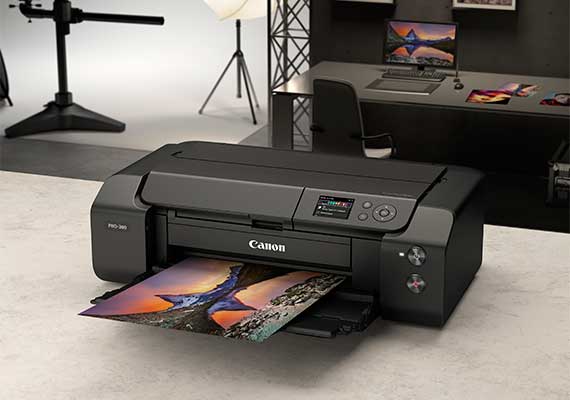 Laser printers excel in printing vast numbers of monochromatic papers. It implies that laser printers can print anything in black and white faster than any other printer on the market. You will also have to deal with printer ink dry out if you use an inkjet printer.

Overall, laser printers are way faster in printing large volumes of anything whereas an inkjet printer will provide you with a slower one comparatively. So it doesn’t matter how infrequently you use your printer, you will get the same results with each of them.

Problems When Not Used For A Long Time

The ink in the cartridges dries up with time, resulting in a loss of quality when utilized. However, the solution is fairly straightforward. Printing anything random before your actual document will easily remedy the problem.

Similarly, with laser printers, the benefit of saving money by utilizing toner is quite enticing, but it does come with a drawback. Many laser printer customers have complained about toner leaking when used infrequently, which is believed to be quite inconvenient. It occurs when a large number of photos need to be printed or the paper type needs to be changed.

Add On For Cheaper Graphics Printing

If your rare printing needs include more illustration, you can add a tank in your inkjet printer that uses the same technology as inkjet but specializes in printing graphics. It's known as an ink tank printer, and while it's pricey to purchase, printing illustrations will be less expensive comparatively. 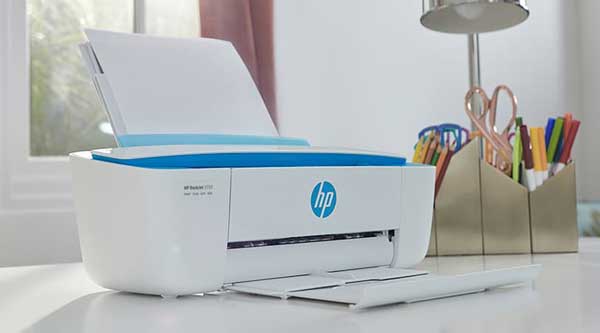 Which One Is Better For This Situation

After viewing all the points that are mentioned here, your choice should be the same as ours which is the inkjet printer. Even though they are high maintenance, you are going to use the printer for occasional home use. So the cartridges won’t be used as much as you would think and thus the overall cost will not be very different from a laser one. 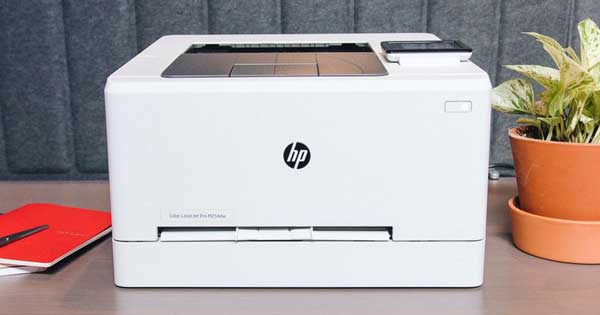 Moreover, when inkjet printers are not used for long time, the ink starts to dry up whereas a toner wouldn’t dry up and need replacement. The estimated mean for printing black and white is 7 cents whereas printing colors will cost you 14 cents.

On the other hand, inkjet printers will cost 9 cents per page when printing monochromatic and 20 cents printing graphics.

To know why inkjet ink is more expensive than laser toner, we need to know more about these printers’ mechanics to get to know them better and understand why inkjet costs more.

A laser printer uses non-impact, photocopier technology. A document is received by the printer and the printing machine makes the same pattern given in the document using electrical charges on a selenium-coated drum. 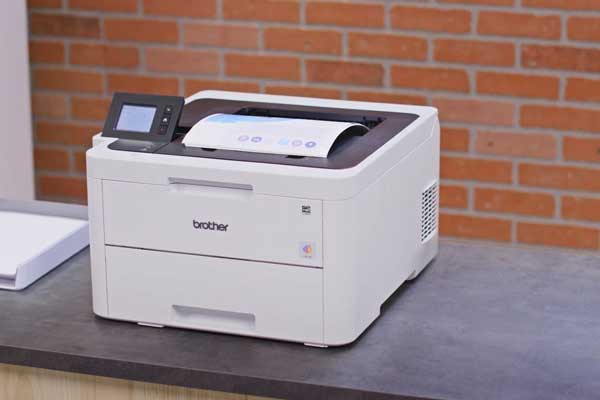 After the drum has been charged, a toner rolls in which is a powder of dry ink. Then the toner sticks to the drum which is charged with the pattern. The toner is then transferred on paper which merges with the paper by pressure and heat. After the print, the drum loses the electrical charge and the unused toner is collected.

Inkjet printers’ mechanism is way different from Laser printers. Tiny droplets of color are sprayed onto the paper and the device has a print head that moves back and forth as the paper feeds through rollers.

The pattern of image or writing is taken usually by the pixels of the pattern. Those pixels create the pattern which is later printed on the paper from exact pixel to pixel like the original document.

We can tell from their mechanics that an HP All-in-one LaserJet pro printer or any laser one is way smarter than an inkjet printer. While the inkjet printers use pixels to print the laser printers create a charge in them to copy the document’s content.

Laser printers were designed specifically for office usage and not for home use. Inkjet printers utilize a nozzle to print on the paper, whereas laser printers use a laser, as the name indicates. The laser, on the other hand, can easily cover the full page at once, but the nozzle cannot. 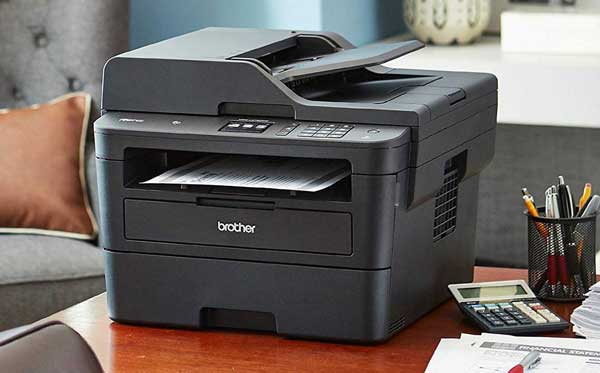 You will notice a big difference in their speed when printing in bulk amounts. As the laser printers will finish 10 pages of printing, an inkjet printer will only complete 2 pages.

So is a laser or inkjet printer better for infrequent use? Without a shred of a doubt, we can say it’s the inkjet printers. They are a safe option for their extremely perfect prints and their price difference from laser printers.

If you are not going to use your printer frequently, there’s no way you can make a laser one worth it. There’s no point in thinking of the long run where you are not regular with your printer and the ink cartridges replacement would have mattered.

How Long Does Printer Ink Last? Do Cartridges Expire?

How Often Should You Use Your Inkjet Printer

How do I Store My Printer When Not in Use for 6 Months or Longer?

How Do I Write A Check And Print In Quickbooks?

How Do I Print Checks on my Printer?

How Do You Keep Printer Ink from Drying Out?

How Long Does Infusible Ink Last

We're a group of people who love printers and scanners. We want to share our knowledge with you, so you can spend less time researching and more time printing and scanning!

What Happens If A Printer Is Not Used For A Long Time?
How Long Does Printer Ink Last? Do Cartridges Expire?
How Often Should You Use Your Inkjet Printer
How do I Store My Printer When Not in Use for 6 Months or Longer?
How Do I Write A Check And Print In Quickbooks?
How Do I Print Checks on my Printer?
How Do You Keep Printer Ink from Drying Out?
How Long Does Infusible Ink Last
Is Sketchbook Paper Good For Watercolor? Why or Why Not?
How Long Does Sublimation Ink Last?