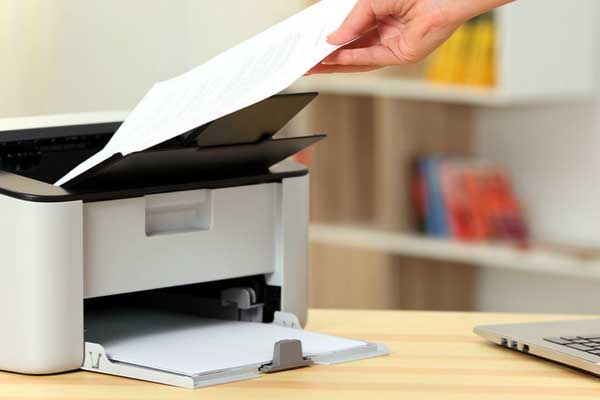 While printers at work are routinely utilized, when purchased for personal use, you do not get that much value out of them. But, what happens if a printer is not used for a long time? Is it still as good as it was when you first bought it?

When you don't utilize it regularly, especially inkjet printers, there are consequences. Thankfully, the printer's main components would not have any issues, but the printing heads and cartridges do. However, they are easily repairable and may be done at home.

Let's have a look at the in-depth issues and their solutions.

A printer for rare use, or something that hasn’t been used in months can ruin the actual features of printers. If a printer is left idle for long periods of time, the ink cartridges may have dried out; as a result, they might become clogged and unusable.

To prevent a printer from getting damaged, one should use it at least once a week. A printer should be protected with anti-static cloth, and it should always be kept away from dust so that printhead nozzles are safe from being jammed, and as a result, it won’t print properly.

Again, one thing to keep in mind is to print something with all four cartridges so that all the cartridges are primed.

Another effective way to keep cartridges prime is to run the printhead cleaning function on the printer.

A printhead cleaning might need to run a couple of times so that we can get a better outcome. However, it may not print properly even if head cleaning is carried out several times. In this case, you may have to carry out head flushing. Thus, if a head cleaning is done multiple times, the clogged ink will dissolve and run perfectly.

But if you ever suspect any major issue regarding the printer head, it’s better to consult a professional. Since they are one of the most delicate and crucial parts of the printer while being expensive, it is only wise not to handle them based on own judgment. Epson inkjet printers are commonly known as ink tank printers, although they have the same issues as cartridges. Likewise, if the ink tank printer not used for long time. the ink dries up.

As mentioned, ink cartridges are like pens, if we don’t use them for a long time, the ink will get clogged, and it won't work properly. So we should regularly take care of our printer cartridges because cleaning after ages might solve jamming issues a few times, but the process may not work every single time.

Will Printer Ink Dry Up If Not Used?

As we know that the cartridges of printers don't stay longer, it has some validity, and it’s mostly about 12 months. If we use printer cartridges after their expiry date, it may create some problems while printing, such as the ink not coming out of printer. If they are not used for an extended period of time, they will become unusable. So, it is said that if a printer is used once every couple of weeks, then the cartridges will work smoothly, and the ink won’t dry.

How To Store Printer Ink When Not In Use?

Printer Ink can be said to be a luxury that in the long term costs a lot more than your printer. However, if you don’t use it regularly, you are probably worried about your inks getting dry and unusable. Thankfully, there are procedures available for storing printer when not in use. Getting the most out of ink cartridges, when not in use, can string out the life and get us more value for our money. So, here are some prompt tricks through which we can set the seal to get the most out of inks. Some of the tricks that you can use to store your ink are given below :

How Long Can A Laser Printer Sit Unused?

There are some criteria in modern printing technology, Such as the Toner-based printer, which is mainly known as a laser printer. Using a cloth to clean the nozzles and the inside of the printer will also help to ensure that the prints go smoothly. However, if you have a laser printer, you will have a definite edge when it comes to dry ink issues. However, there are techniques to preserve inks for a longer amount of time using an inkjet printer, such as storing them in a cold spot.

How Long Does Printer Ink Last? Do Cartridges Expire?

How Often Should You Use Your Inkjet Printer

How do I Store My Printer When Not in Use for 6 Months or Longer?

How Do I Write A Check And Print In Quickbooks?

How Do I Print Checks on my Printer?

How Do You Keep Printer Ink from Drying Out?

How Long Does Infusible Ink Last

We're a group of people who love printers and scanners. We want to share our knowledge with you, so you can spend less time researching and more time printing and scanning!